The position of the camera can be expressed as an R and a T matrix. This can either represent:

Datasets and codebases have different conventions for how cameras are represented. It’s very important to understand the conventions of the codebase and dataset that you are using. For example synthetic data generated using habitat-sim uses the “view-to-world” convention, whereas pytorch3D uses the “world-to-view” convention. 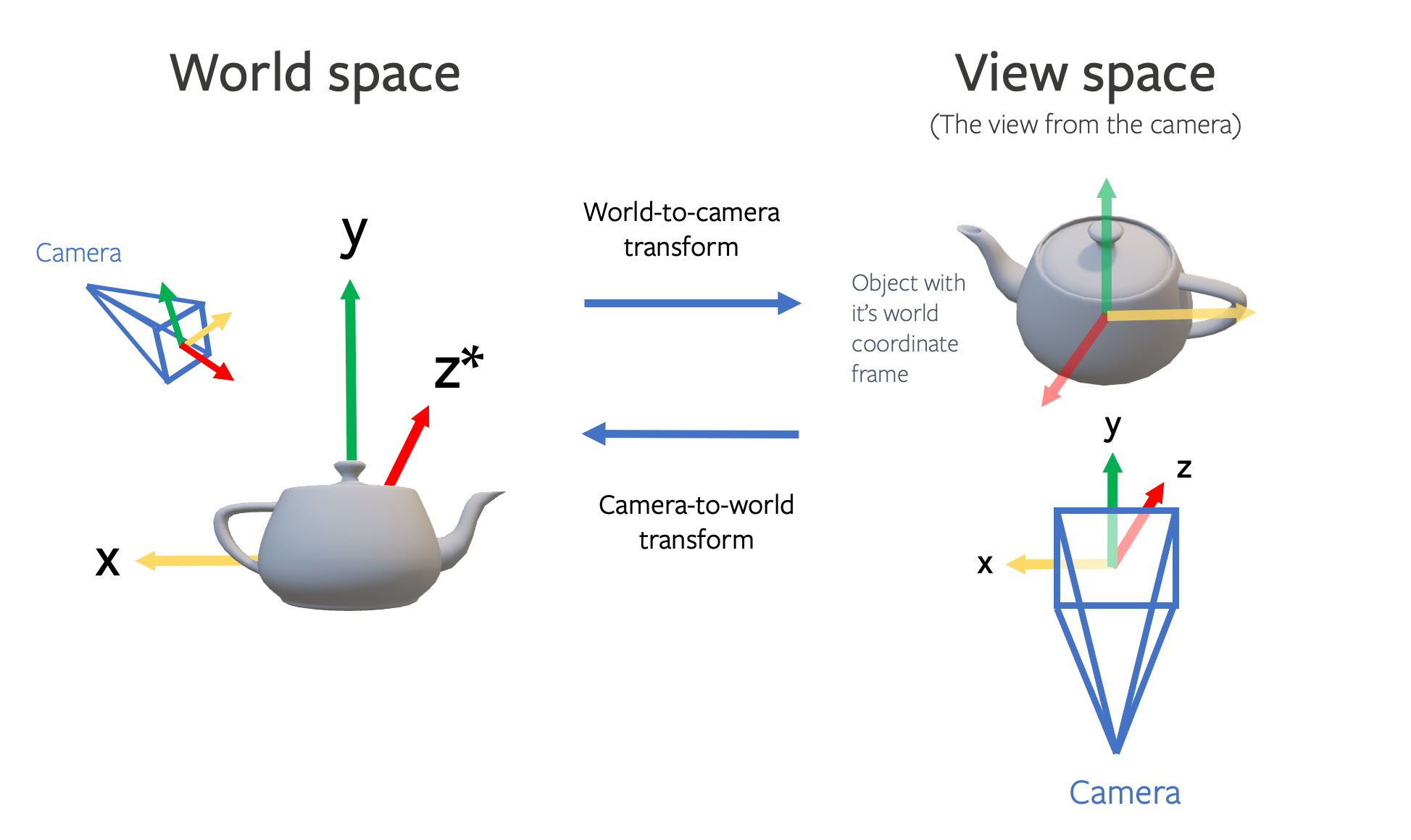 It’s easy to convert between the two, simply by inverting the 4x4 transformation matrix.